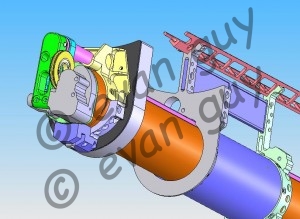 `This was a really challenging project with tightly defined project deliverables. A company for whom I worked with for years was not satisfied with the performance of their aircraft launcher. It used elastomeric bands (like large slingshot tubing) that were stretched, then released to launch the 13 pound airplane. The tubing would degrade over time and had poor performance at high or low ambient air temperatures. Also, the launching force couldn’t be altered to account for aircraft of varying weight (like from changing the camera suite). Another major drawback of their old launcher was the fact it didn’t exhibit constant acceleration. It applied very high instantaneous acceleration initially and linearly decreased to zero at the end of 6 feet. 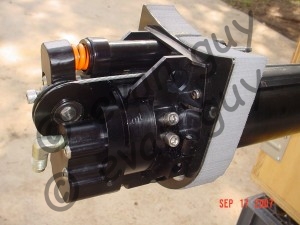 I designed this pneumatic UAV launcher that exhibited constant acceleration throughout the entire 6 feet of launch distance. If the acceleration was 15 g’s with the old launcher, my launcher could do the same thing while only imparting 7.5 g’s to the aircraft. This cuts the load on the plane by 50%, as well as the load on the stake driven into the ground to keep the launcher anchored.  This was really clever. It incorporated a regulator system that fed back based on cable tension (the cable that pulls the aircraft along the track). Rather than high initial tension that sloped to zero (as a mechanical spring does), my design changed the slope of the force-vs-distance to a horizontal line, applying a constant load. It worked very well! My launcher was immune to temperature swings and could be adjusted for aircraft of different weights. 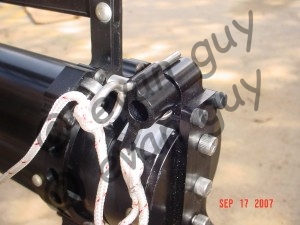 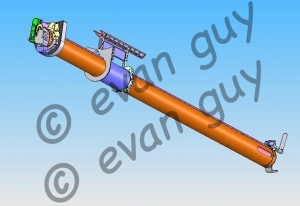 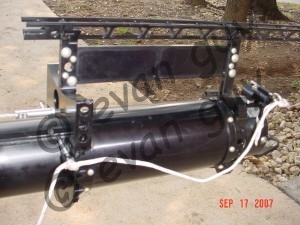 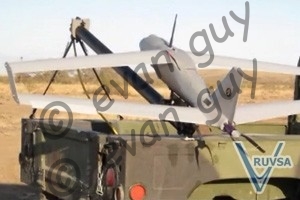