Back in 2002, I bought this KX-125 brand new from the dealer.  From the first ride, I never liked it. The engine had a very narrow powerband, just as 125’s do.  But when it did ‘hit the pipe’, it didn’t even make much power. We would take it to the MX track with us, but it never got ridden; we had better bikes to ride. It would just sit next to the truck while the other bikes were out on the track. Outcast motocross bike.

In 2011, I thought, “I’m gonna sell this thing”. Even though is was brand new, like 12 hours of running, it wouldn’t have brought much money. That’s when I came up with the idea of infusing a KDX-220 engine into the 125 chassis. It’s a great combination! The KDX-220 engine is from an enduro bike, really wide powerband–it makes good torque throughout the speed range, with a sacrifice of top-end hit that motocross bikes have.

The 125 chassis is much, much better than the KDX’s.  The finished product is light, nimble, petite, and really easy to ride. It could be the ultimate all-around dirt bike! The finished bike is beautiful!  You really can’t tell that this bike didn’t come from Kawasaki just like this. 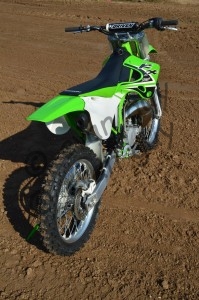 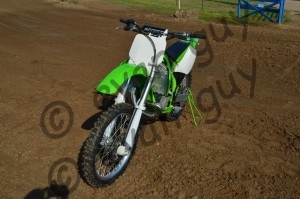 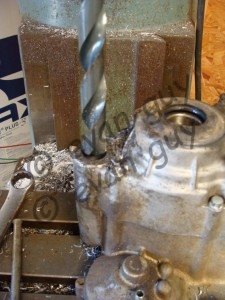 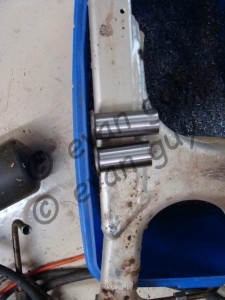 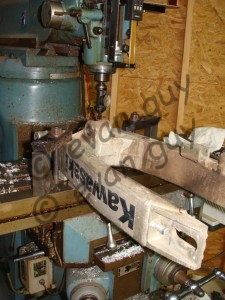 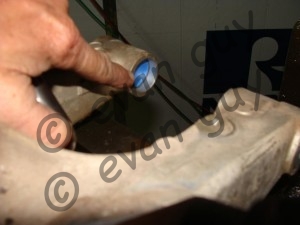 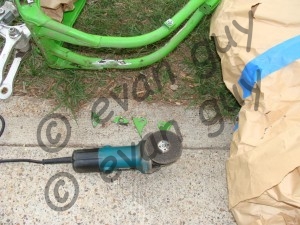 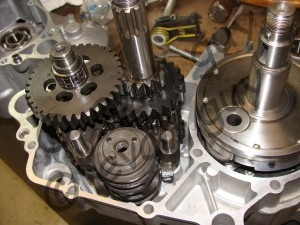 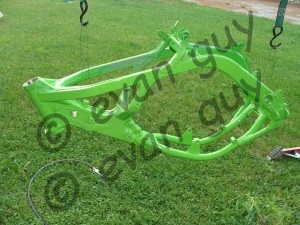 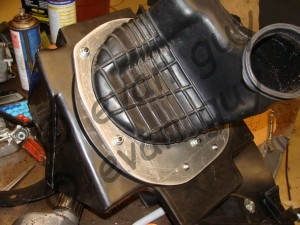 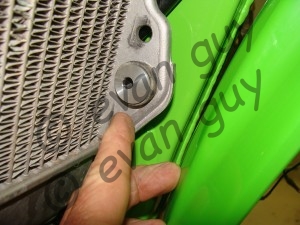 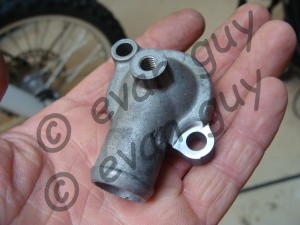