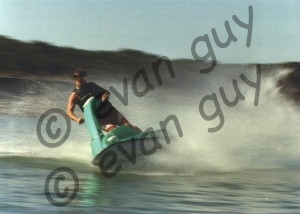 This was one of my first real in-depth machining projects, way back in 1989. The engine modifications were pretty outrageous! I recognized shortcomings of the stock Kawasaki engine and corrected them.  The engine has narrow bore spacing of 105mm. That relatively narrow space means that the size of the transfer ports had to be designed small in order to fit the design.

Small transfer ports limit the engine’s breathing ability and hence, its power output. Also, the engine had piston-ported intake charge admission.  While really simple and cheap to produce, it lacked good breathing due to charge reversion. The modifications I went after were rowdy!  I machined a reed block from solid aluminum and TIG welded it to the upper crankcase half. That changed it from a piston-ported to a case-reed inducted engine. But wait, there’s more! Then I water-jacketed the other side of the upper case half and the entire lower crankcase. By liquid cooling the crankcase, the engine would now have a cool intake charge with higher density than if the crankcase was hot. This is similar to inter-cooling a boosted engine.  AND now there was the area of the cylinder of the old intake port that was not being used anymore.  Because the engine was transfer-port limited, I machine 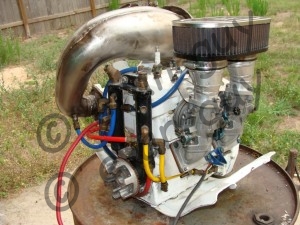 d 2 more transfer ports into the cylinder. I built a really cool cover for the intake port that had an integral bridge that was now part of the bore. This bridge supports the piston skirt and reduces piston and cylinder wear. I had a lot of machining in the cases after welding, including align-boring.

I designed and built my own throttle linkage and machined stainless steel throttle shafts. I created offset velocity stacks to match an off-the-shelf flame arrestor.  The cooling system was pretty involved. Lots of cooling water flowed through the crankcases and I chose to reverse the coolant flow direction through the cylinder head and cylinder. This provided the coolest water to the head, reducing combustion knock tendencies. I carefully designed a purge system to prevent air pockets from forming. 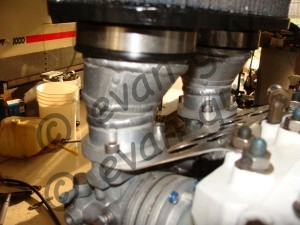 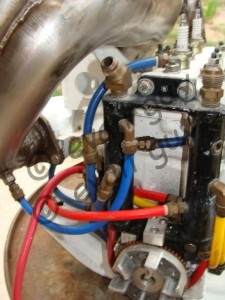 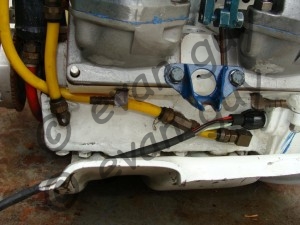 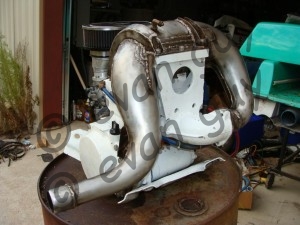 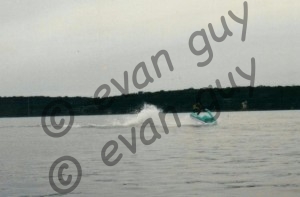 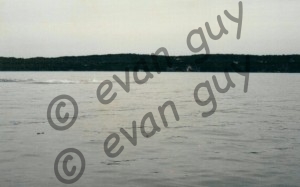 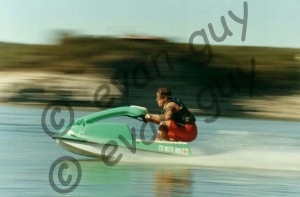